Be The Change You Want to See! 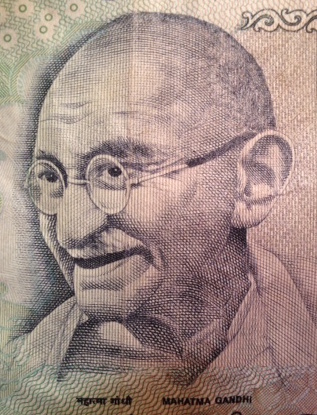 You have the power to change the world. Don’t take my word for it… Think about it! How many political changes, social transformations, or inventions have occurred because someone boldly stepped forward and initiated them?

Where would India be if Gandhi had played safe and small? What  if Martin Luther King had kept his dream to himself, would the United States still be segregated? What kind of technology would we have if Steve Jobs had not taken computers seriously?

I’m not saying you need to play big to change the world… the simple act of choosing love and peace over anger and recrimination sends ripples of love out into the universe! You know what feels right! If you see an act of injustice, you can do something about it. Be the change you want to see!

Recently I watched an episode of VICE, an investigative reporting series on HBO, exposing the blatant misuse of TEN BILLION DOLLARS in aid funding to Haiti. It was supposed to provide housing and a better lifestyle for the thousands of earthquake victims. Instead, it’s five years after the earthquake, yet only one cent per dollar went to the people. Chemonics, one of the “for profit” companies contracted for the relief project, built an $18,000,000 soccer stadium and multimillion dollar cultural center in the norther town of Coracol, that was not affected by the earthquake, and provided no aid for the inhabitants. Thousands of people are still living under plastic sheeting in unsanitary conditions, yet a multimillion dollar gated housing community was built for the US Aid workers.

I was outraged. You see, I lived in Haiti for seventeen years, and I care very much about the Haitian people. I know that clean, simple cement block housing can be built for under $5,000.00 for a three or four room house, with a tin roof. I decided to do something about it. I reached out to my friend Gladys Thomas, founder of The Foundation for the Children of Haiti. I shared my vision with her and we are collaborating on the Haiti Housing Project. Gladys is a woman who knows how to get things done. She has built an orphanage, schools, outreach programs, and one of the finest hospitals in Port-au-Prince.

Would you like to make a difference and be part of the Haiti Housing Project?

If you would like to learn more, or are interested in being part of this exciting project, in any capacity, let me know by sending me a message through the “Contact Us” / “Let’s Talk” app on the bottom of this page.