I was especially touched by my special guest on this Sunday’s Joy Strategies radio show.  Cassandra Perkins is a bright, happy fifteen year old high school freshman with a mighty presence and poise far beyond her years.  You wouldn’t know by meeting her that just a few short years ago, she was so victimized by bullying, that she retreated from public education to be schooled at 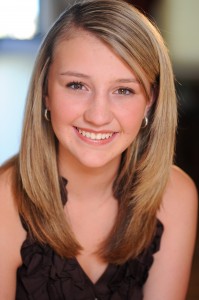 home.  But the bullying didn’t stop there.  It pursued her over the internet, where she was cyber-bullied by her old classmates.  The once strong, confident girl became contracted and dark.  She felt powerless against the barrage of viciousness.  Many young teens would have given up at that point, and retreated into victim hood, but  Cassandra Perkins had an epiphany.  She realized she could forgive the girls who had originally bullied her and go back to school.  She contacted the girl who had cornered her in the locker room and told her she forgave her.  Cassi took control of the situation, faced her fears and came back exponentially stronger.

Cassi understood that her experience was a huge gift, an opportunity for growth that she could share with others.  “Without this experience, I would not be the person I am today,” says Cassi.   Today, Cassandra Perkins is a spokesmodel for BYOU (Be Your Own You).  She works closely with girls her own age and younger to instill self confidence and self appreciation.

Cassandra Perkins works closely with several non-profit organizations that coordinate community youth outreach, suicide prevention, and cyber safety awareness, and has co-authored several books . She has recently been nominated 2012 as “Woman of the Year” candidate for the Rocky Mountain Chapter of the Leukemia and Lymphoma Society, and she needs your help to win.  Please join her in supporting the Leukemia & Lymphoma Society be making a donation to her fundraising campaign. Every dollar she raises counts as one vote and the candidate who gets the most votes is named as the Man or Woman of the year for her chapter.  Click here to donate for this worthy cause: http://t.co/DQ829Njw

We all suffer adversity and often feel we have no way out.  We can feel small, contracted and diminished by circumstances, yet, we always have options how we can face them. Cassandra Perkins chose to use adversity as an opportunity to grow into her grandest, most magnificent Self.  She could have stayed small, victimized, and unhappy, afraid to be authentic.  Many people do.  Yet Cassi chose another way.

Albert Einstein said, “we can’t solve a problem with the same consciousness that created it.” By forgiving the people who had threatened her, Cassie shifted her perception, and realized that the girls who bullied her were projecting on her the hurt, and victimization they were unable to deal with in themselves.  She understood, and with understanding comes compassion.

When we realize that we are bigger than our fears, we can expand into our bigger Selves and become beacons for others in similar situations.  Thank you Cassi for being a beacon to others, and an example of who we can be when we face our darkest fears.