It’s NOT the end of the world!

What amazing times we live in!  You’ve no doubt by now heard that the Mayan calendar ends on December twenty-first of this year.  Although there has been great speculation about our world ending in a cataclysmic disaster, there are other interpretations that posit this winter solstice to be a transition date to mark an ushering in of all people on Earth to an era of positive physical, and 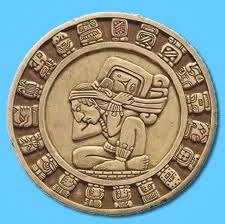 The precipitation of this new era is due in part to quantum physics becoming more understandable to mainstream, “regular” people (not just scientists) thanks to movies like “What the bleep do we know?” and “The Secret”.  Although a deep and vast topic, simply put, quantum physics proves that our thoughts create our reality.  Whereas before, we lived with the adage, “I think, therefore I am”, which denoted an existence, we have moved into the understanding that “I Am” (the name of God in the book of Exodus as told to Moses when he encountered the burning bush) creates a state of being and this creates our reality.  Just as there is a higher and greater good, we all have a higher and greater self that we can aspire to.

A Course In Miracles advises, “There’s no such thing as an idle thought” and science is clearly proving that mere thoughts can change physical matter.  In fact, quantum physicists discovered in the 19th century that matter was affected by the simple act of our observing it.  When scientists had a preconceived notion of how electrons and photons would act, and observed them, the behavior met the scientists’ expectations.  However, when they were not being observed, the photons and electrons behaved quite differently!  scientists discovered that the very act of observing an electron’s path changed its behavior.  In other words, electrons behaved differently while being watched than they did when not being watched!

What this means is that since you are composed of electrons, you can, will and do behave differently depending upon your thoughts, expectations, perceptions and perspective.  What you think, feel, believe and imagine all have the power to change your reality.  Think of yourself as a superhero.  With this knowledge, you can use your powers for good or for evil.  Use it for good to create a life for yourself that is peaceful, happy, serene and which you will shine as you present your best self, in your best life, to the world.  Conversely, if your thoughts are constantly negative, doubtful and pessimistic, you will find yourself creating a reality that is bleak and living a life that is thoroughly unenjoyable and definitely not serving others.  It’s difficult to have positive, altruistic desires when you are coming from a place of despair and lack.  So use your power wisely!

The earth is changing rapidly, as we’ve moved into the age of Aquarius from the Piscean age.  Scholars on this subject agree that the key word for the Piscean age is “inspiration”, while the key word for the Aquarian age is “enlightenment”.  As a people, we’re learning and discovering information, and growing spiritually at a rapid pace.  When we gain more information and greater clarity, our horizons are expanding and our level of awareness grows as well.

As we close out 2012, I’m reminded of the REM song, “It’s the End of the World (As We Know It)”.  No, the physical, literal world won’t disappear on the twenty-first of December but it does signify the end of the way we’ve known the world for centuries.  We’re moving into a new age: an age of consciousness and I can’t help but think of the next line of that REM song….”and I feel fine”.