Forgiveness is the Key to Abundance

“Resentment is like drinking poison and waiting for the other person to die.”  Have you heard that quote?  If you’ve experienced a situation where you are harboring resentment, you probably know just how true this is. 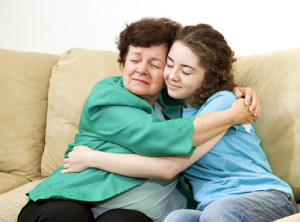 Resentment is just a form of unforgiveness, and not forgiving others is one of the worst ways you can mentally abuse yourself.  When someone hurts you, it’s natural to feel sad or angry, and it’s also pretty normal to not want to forgive.  You may have even felt anger or resentment towards someone you don’t know that well.  Although this person may have done nothing directly to you, it’s still important to forgive them because your perception IS that they have done something to you.

We are so much greater than our bodies; we are 99.999% energy and potential, and it’s important to see from a higher perspective.  The reality is when you’re upset or angry with someone, it’s never for the reason you think.  What’s generally happening is that you’re identifying an aspect of yourself in this person and you are angry at yourself.  Let me share an example.

Sally (not her real name) was frustrated with the lack of success of her business.  She felt stuck in a variety of ways.  Her friend “Mary” was building a thriving business, which bothered Sally to no end!  Sally was inexplicably and secretly angry at Mary all the time.  She silently said unkind things about Mary and how she ran her business. She believed Mary didn’t deserve her success.  One day, realizing that her thoughts were unproductive, Sally decided to have an honest conversation with Mary.  She stopped justifying her anger and defending her reason to be righteously indignant, and decided to feel what she was really feeling.  Much to her shock, she discovered that she wasn’t really angry at Mary at all. Sally, was furious with herself for not doing what she knew needed to be done in her OWN business.  Jealous because Mary was growing while she felt herself stagnating, Sally envied Mary’s discipline, her growing business, and her courage to put herself out into the public arena, opening herself to judgment and possible ridicule.  Sally learned after listening to her heart, that she wanted to be just like Mary!  Although painful to realize, Sally decided to own her feelings, “forgive” Mary for what she was “doing” and most importantly, forgive herself for not living up to her own potential.  It didn’t take long after this act of forgiveness, that Sally’s business took a dramatic upward swing.  Clients and opportunities started flowing, her bank account grew and she was encouraged to stay in the space of inspired action and gratitude.  Today, Sally admires Mary and finds her to be a very inspiring business woman.

Every day, people show up in your life and they never fail to reflect some aspect of you.  Since you may not want to see yourself that way, you project what you don’t like about yourself onto another person and make it all about them.  It’s time to forgive. Holding onto judgments about people and events disturbs your peace, keeps you stuck and ensures that you vibrate at a very low level.  Rise above it and extend grace and mercy to yourself and those in your emotional line of fire.  Certainly, if you are in any kind of physical, mental or emotional abusive situation, you need to remove yourself.  That’s something completely different.

It’s time to do some soul searching, drop into your heart, forgive and let go.  It will clear your path to joy and abundance!